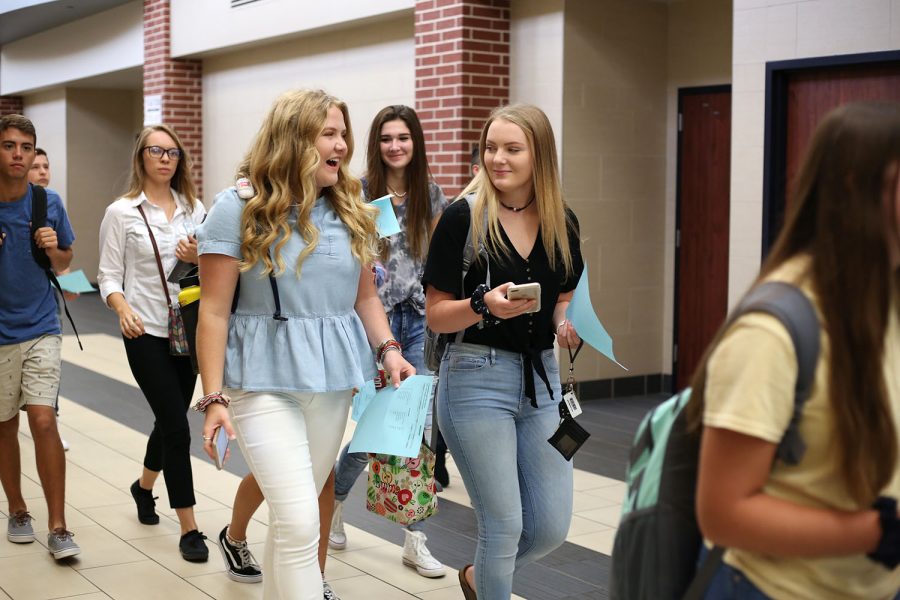 Throughout the month of November, Tomball ISD launched an Anti-Vaping Campaign in partnership with MD Anderson in response to the latest research data, on top of a rapid increase in e-cigarette use among teenagers.

Every day until Thanksgiving break, teachers from intermediate, junior high and high schools across the district showed various anti-vaping charts and videos to students. In conjunction with Red Ribbon Week, the campaign lasted through November, starting October 28, with the intent of informing students as well as presenting healthier alternatives to vaping.

“I think the campaign is good, it’s too early to see if it’ll be effective or not,” U.S. History teacher Daniel Craft said. “And quite honestly we’re probably never going to know if they were or not, but if the measures we do convince one kid to never try vaping then it’s successful.”

The student body’s reception to the campaign was mixed, ranging between awareness and indifference to the potential risks of vaping.

“I think people should be able to live in the moment and not in the future, because this is the best years of my life,” senior Sheldon Howard said. “So why should I be focusing on the worst years 40 years down the road?”

Due to collaborative efforts of the district, the campaign may have been helpful to those who are not to blame for their lack of knowledge.

“Some of my friends were genuinely oblivious to this stuff,” sophomore Aliyah Wright said. “I’m not expecting them to quit, but I think knowing is the least they could do.”

According to the district, stress is listed as one of the biggest reasons for teens to vape, aside from peer pressure and social status.

“I think teens are using stress as a rationalization not only to themselves but to others to make it acceptable,” Craft said. “There are about a hundred different ways to cope with stress that doesn’t involve something that’s dangerous to your body.”

Some students don’t appear to have the willingness to assist each other.

“I don’t really care about the people who vape, I don’t even know them,” Howard said. “If my friends vape that’s their problem.”

The rising popularity of vaping has left district officials and concerned staff and students uncertain how to deal with the new trend. The month-long campaign is the most recent effort to combat vaping in the district.

“I guess E-cigarettes were designed to help people quit smoking, and then like with anything else you take something that was designed to be a good thing and it becomes misused,” Craft said. “Vaping has become something of an adolescence social status, and then of course companies find ways to put other kinds of stuff on your vapes to elicit certain reactions and that appeals to adolescence unfortunately.”