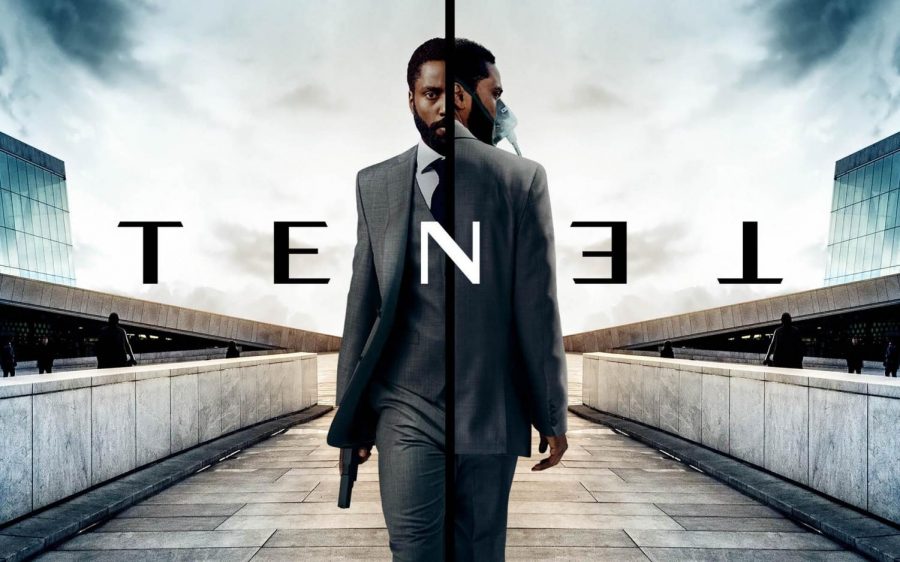 "Tenet" stars John David Washington and is now out in theaters.

Russian filmmaker Andrei Tarkovsky once stated that “unlike all other art forms, film is able to seize and render the passage of time, to stop it, almost to possess it in infinity. I’d say that film is the sculpting of time.”

Let’s play a thought experiment and take Tarkovsky at his most literal: in that case, time is the most important element in the craft of filmmaking. It controls the characters, story, setting and stakes. If you don’t nail the timing, your film won’t work out.

Christopher Nolan is a director who takes this sentiment to a whole new level. Nolan is obsessed with concepts revolving around time, and “Tenet” is no exception. If anything, “Tenet” is evidence that directors like Nolan are more concerned with high concepts over comprehension.

Having not been to a cinema in months, I was excited to see “Tenet.” Christopher Nolan’s films are best seen on the big screen and I was determined to see it that way, no matter the current global climate. However, “Tenet” is a disappointment in many ways. It’s extremely difficult to understand in virtually every sense and I struggled with not being able to latch onto any of the characters.

“Tenet” tells the story of an unnamed man known only as “the Protagonist” (John David Washington). The Protagonist is a James Bond-esque figure who has just been told by the government that World War III is imminent unless he acts on it.

How will he prevent it? He is shown a concept known as inverted time. Inverted time can be applied to basically anything. When the Protagonist first learns about it, he is shown a gun and told to fire it. He looks in the chamber and sees the gun is empty. He then pulls the trigger and a bullet is propelled back into the gun. Everything is backwards.

You can also go into the past and future. The Protagonist is forced to do this multiple times throughout the film with the help of his partner in crime, Neil (Robert Pattinson). Together they embark on a journey to prevent a global disaster while making friends and foes along the way.

“Tenet,” despite its disappointing elements, contains extremely worthwhile moments. As expected from Nolan, the production elements, i.e. the cinematography, editing, and special effects, are all superb. The acting from John David Washington, Robert Pattinson and other supporting cast members is pretty great.

However, my main problem with “Tenet” is the concept’s application.

I am not a fan of time travel in films for a few reasons. Primarily because it forces me to multitask while watching: I have to pay attention to what is currently going on as well as figure out where the characters are traveling to. The idea of time travel just turns my brain into a grenade – and “Tenet” is a nuclear bomb.

In the beginning of the film, the exposition is laid at breakneck speed. I didn’t have time to think about what was going on because as soon as I tried to, something new popped up. I even had to google a lot of the points I made in the synopsis. That’s how confusing “Tenet” is.

And because I couldn’t really understand anything that was happening, I couldn’t get emotionally invested in the characters and the stakes. And why should I?

If you don’t know why Dorothy needs to see the Wizard of Oz why would you care about her battle with the witch?

Understanding the narrative is key to my emotional involvement in a film. But since “Tenet” is heavily cloaked in a confusing and subsequently boring narrative, I couldn’t wait to leave the theater.

I have seen 11 of the 12 films Christopher Nolan has directed. It occurred to me when I was walking out of the theater that the three films I don’t like from Nolan all revolve around the concept of time: “Memento,” “Inception,” and now “Tenet.”

I generally subscribe to the notion of substance over style. But sometimes I feel Nolan goes the extra step and adds way too much substance for a viewer.

Christopher Nolan just needs to learn how to sculpt in time.